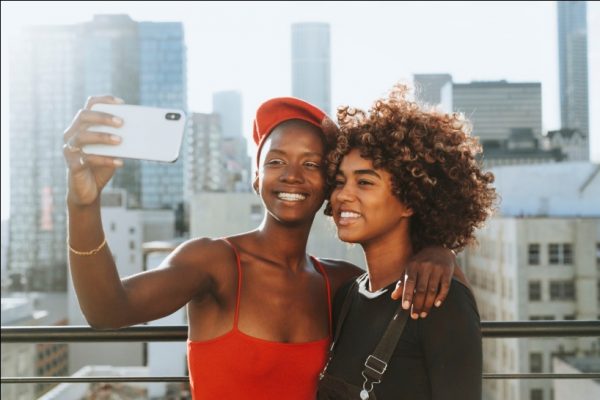 Do you feel lonely? Well, you are not alone. In fact, 47%of Americans suffer from loneliness, according to a health service organization, Cigna.

In an age where social media is considered to bridge gaps and bring people closer together than ever, such a thing doesn’t seem possible. But, unfortunately, it is.

A new research study by the University of Pennsylvania, “No More FOMO: Limiting Social Media Decreases Loneliness and Depression” suggests that the incessant use of Facebook, Snapchat and Instagram is associated with decreased mental and social well-being in undergraduates.

Obsessive Use of Social Media Elicit Envy And Unworthiness

How many times have you watched videos of a friend on a solo trip to Japan? Or watched an acquaintance posting curated pictures of her collection of Hermes bags? Once you start comparing your life to theirs, you will feel a sense of dissatisfaction, unhappiness, and failure. This illogical impulse will be even stronger for those who already suffer from self-esteem issues. These people will obsessively check their social media status to see if their followers have “liked” their posts or wished them a happy work anniversary — and if they don’t get the required compliments, it is very easy to fall into depression.

Obsessive Use of Social Media Creates Feelings of Disconnect

We have become such creatures of habit that if we are sitting alone, waiting for a friend at a restaurant, we take out our phones, rather than pay attention to our surroundings. Some socially-awkward people may find chatting to a friend online easier than tolerating the curious stares of strangers; however, as soon as they go offline, their connection disappears, and you feel a sense of disconnect with the “real world.” This actually makes you feel even more isolated.

A study conducted by the University of British Columbia stated that just a slight buzzing of the phone can cause an abrupt decrease in enjoyment. Consider this scenario: You are at your sister’s wedding when your phone buzzes with a new Facebook notification. Your immediate reaction would be to grab your phone so that you don’t miss out. Even if by sheer force of will, you do not open the app, that one moment of buzzing will have disconnected you from others at the party. It will also put a damper on your ability to relax and just have fun with your family.

This lack of rest and relaxation can also make a person susceptible to mental disorders such as depression and anxiety. Their strange mood swings will also cause others to distance themselves from the person in question.

So, is social media a bad thing?

Not necessarily. Dr. Hunt emphasizes the fact that she does not suggest college students stop using social media. Instead, she advocates limiting screen time and spending more time with real live people.

In fact, social media has proven to be beneficial for introverted teenagers. Studies show that students who use social media to discuss school get higher grades. Social media has also been instrumental in students fighting depression by providing sources of information that can help them heal. In fact, many shy students find it easier to talk to people when they have a barrier of a screen between them.

It is quite ironic that people who are lonely turn to social media to feel connected and valued. Conversely, people who are not lonely, to begin with, may develop disconnect and isolation, because of too much time on social media.

In the end, it all comes down to quality versus quantity. So, don’t be afraid to unplug and unwind.