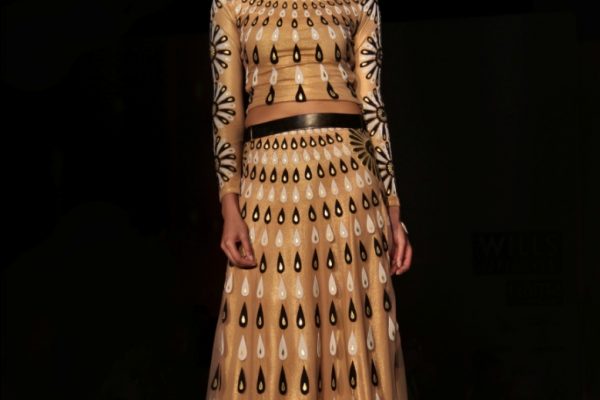 India’s retail industry accounts for over 10 percent of the South Asian country’s GDP. According to a research study by McKinsey, the country’s apparel market will be worth $59.3 billion by 2022, making it the sixth largest in the world. Its GDP is expected to grow 8% percent a year between 2018 and 2022.

One of the key reasons for the rise in the apparel sector is the participation of the middle class. India’s middle class is expected to expand with an annual rate of 1.4 percent, leaving behind China, Brazil, and Mexico. The current annual income of the middle class is over $9,500 and it is expected to become thrice as much by 2025. Hence, it is not so surprising that over 300 international fashion brands will soon be launching their stores in India.

Reasons for Growth in Apparel Sector

There are several reasons why India’s apparel market is growing, not least of which is the role of Indian market players and their innovative strategies:

Indian retailers are making the most of technology to enhance their in-store experiences. They are increasingly using digital displays and online checkouts in their stores. Some high-end fashion brands are using augmented reality to show customers how they would look in a certain outfit. Supermalls have also increased space for entertainment and food.

Use of Smartphone: The rise in the apparel industry is also being driven by customers who are heavily leaning towards online buying. A few years ago, only a few million people owned smartphone in India, a country with a population of over 1.2 billion. However, the number of smartphone users reached over 300 million in 2017 and is expected to reach over 800 million by 2022.

Artificial Intelligence: Retailers and e-commerce leaders are also employing artificial intelligence solution in the apparel industry. Companies will no longer focus on having the largest collection of designer wear. Instead, they would be about presenting the right selection of clothes to customers, based on their personal preferences.

Apparel Sourcing: Thanks to the high availability of superior quality raw materials like cotton, wool, jute, and silk, India is fast becoming a major textile supply and export hub. According to a 2017 report, about 41 percent of chief procurement officers expect to increase sourcing from India because of its significantly lower labor cost.

Challenges in the Apparel Sector
A market that is as complex as India comes with its own set of challenges. The apparel business is still chaotic with only 35 percent of sales in 2016 being accounted to formal retail.

Climate: Given the fact that India occupies a huge space of land, it’s natural for it to have regions with different climates and cultures. The majority of India has a warm, balmy climate for most of the year. Only the north part of the country has moderate to severe winters for two months.

Tradition: Bollywood celebrities may don Western clothing when they are out and about but, for the most part, India’s women prefer traditional clothing. It is expected that traditional clothes will still account for 65 percent of India’s apparel market share by 2023. As such, international brands breaking into the market should take local apparel preferences under consideration.

Infrastructure: India is filled with broken infrastructure and as of 2016, over 40 percent of its roadways remained unpaved. This makes for poor execution of last-minute deliveries.

Despite these challenges, India continues to show signs of rapid improvements. New luxury malls are opening frequently, making up for a fantastic retail climate. Despite inequality, poor infrastructure, and fragmentation, India may well become the next global apparel and fashion sourcing hub.