How Is Social Media Affecting Our Mental Health? 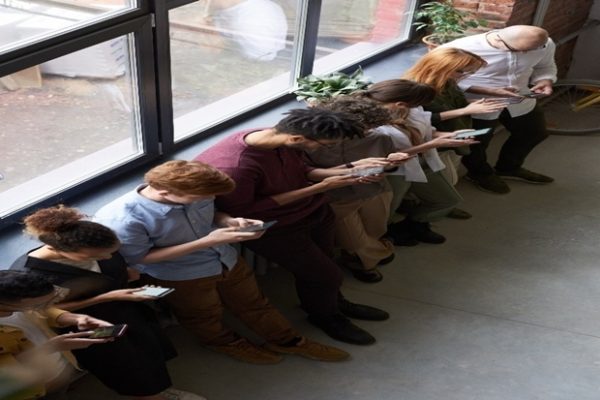 Tell a person that you do not use social media and you are likely to get a strange look from them, along
with something like: are you serious? How do you survive? You are more likely to get a similar reaction if
you are young because Millennials and Generation Z are (almost) addicted to social media. While not
everyone actively posts on social media, most of us have accounts on multiple social networking
websites.
No matter what category of social media users you fit in –active users or the silent ones who enjoy
scrolling through their feeds – research shows that people spend up to 3 hours on social media per day,
on average. 1 Keep in mind, this doesn’t include the time spent watching YouTube videos or Netflix shows
or the gazillion other things that we do on our smartphones.
This is startling, to say the least! With social media becoming such an ingrained part of our daily lives, it
is important to find out how it affects us. Is this seemingly harmless activity somehow negatively
affecting our mental health and well-being? As much as we detest saying this, it seems that it is!
How is Social Media Affecting Our Mental Health?
Although research regarding the effects of social media is limited and a lot more research is required to
make conclusive arguments about the impact of social media on mental health, here’s what we have
found so far:
It Could Cause Stress
A study conducted by researchers from the Pew Research Center found that the use of social media can
lead to stress, which is the opposite of what people think it does. The researchers identified that there
could be several underlying factors behind this, such as social pressure, jealousy, FOMO (fear of missing
out), the pressure to keep up, and the addiction that people often develop with pictures or videos of
various crafts.
It Could Make You Feel Insecure and Affect Your Self-Esteem
While all of us have some kinds of insecurities, excessive use of social media can intensify or increase them by letting us compare our lives to that of others – a phenomenon known as Facebook Envy.

Researchers from the University of Copenhagen conducted a small experimental study over 1,095 participants, half of which were abstained from using Facebook for seven days, while the remaining half were told to continue using the social networking site as usual. At the end of the study, the participants were asked to rate how satisfied they were with their life. Those who continued to use Facebook rated their satisfaction level at an average of 7.74 (out of 10), whereas those who were made to stay away from the website rated it at 8.11.