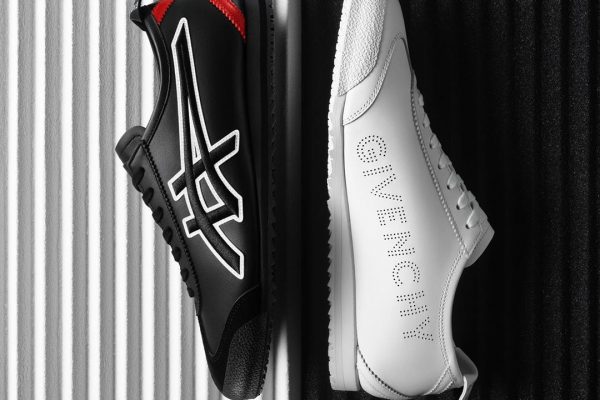 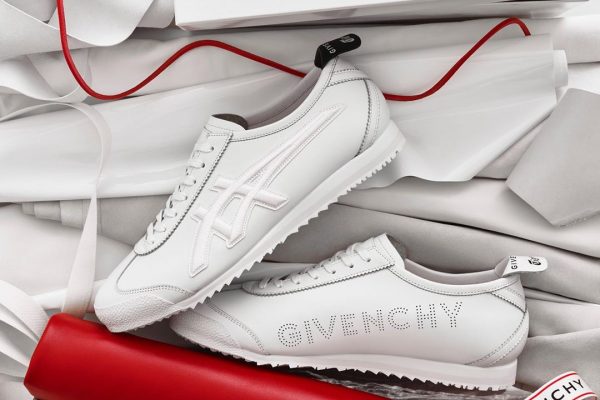 In a surprising first, fashion powerhouse Givenchy teamed up with Japanese shoe brand Onitsuka Tiger to bring together a special streetwear collaboration.

The French fashion house and the Japanese sportswear brand jointly launched a sneaker collaboration during the second-last day of the 2019 Florence edition of Pitti Uomo, one of the most important men’s fashion wear events in the world. Using its platform as a special guest, Givenchy’s Clare Waight Keller showcased her first standalone menswear shows, which featured the new Mexico 66 GDX sneakers. The artistic director of the House of Givenchy announced they will be releasing the stunning sneakers on June 13.

Givenchy X Tiger
A blend of chic haute couture and Japanese street-style leatherworks, this collaboration marks the first time Givenchy ever partnered with an external sneaker company on an international level; this is also the first time Onitsuka Tiger has ever joined forces with a luxury fashion brand in the 70 years since it was founded.

Inspired by Nippon Made Mexico 66
The new trainers are inspired by Onitsuka Tiger’s iconic “Nippon Made Mexico 66” design, which is known for its classic shape that harkens back to the style of several retro street shoes, including the Limber, which was worn by the Japanese team during the Olympics in 1968.

Although the new Givenchy-Onitsuka Tiger version still retains the beautiful and sleek classic profile of the original Nippon Made Mexico 66, they are available in two distinctive monochromatic colorways.

The design elements are similar across both styles of sneakers; the all-white version highlights the Givenchy logo letters in a perforated design on one side and the Onitsuka Tiger hallmark stripe on the other side. The black pair has a bright red cross detailing on the quarters of the shoes that provide a stark and stunning contrast to the monochromatic look. It also has a suede toe cap. Both the styles have contrasting heel tab emblazoned with the co-brand “Givenchy—Onitsuka Tiger.”

For people who are looking for something that is high fashion as well as sporty, these sneakers, retailing at $510, are worth emptying your wallets for.

Evolution of Trainers From Sportswear to High Fashion
Initially, the prime feature of sneakers was sports. Brands like Reebok, Nike, Air Jordan, and Vans were all created so that you can be ready to hit the gym. However, since the past few years, sneakers have made their way into fashion wear.

As the new Givenchy X Onitsuka Tiger shoes indicate, today this paradox has become one of the most defining characteristic of the street style sneakers market. Brands continue to create trainers designed on the technology that helps athletes run, jump and play faster and better. However, over 90 percent of the buyers in the industry purchase sneakers due to their fashion appeal.

Fashion Powerhouses Crossing Over Into The Sneakers Streetwear Industry
At the turn of the century, sneakers went largely out of fashion due to the so-called “brown shoe” revolution, furthered by brands like Timberland and Caterpillar. However, sneakers are now fighting their way back into fashion with a vengeance.

Since the past two decades, it is not just sportswear brands that are making the most form their sneakers. Luxury fashion brands like Hermes, Prada, and DKNY have now crossed over into the street style market, as well. In fact, in 2017, Balenciaga’s Speed trainer was named the “Shoe of the Year” by Vogue after it kept selling out year after year.

Despite the sweat-inducing prices, these sporty-slash-luxury shoes continue to sell well among the elite clientele — and the demand continues to grow.

As for the Givenchy x Onitsuka team-up, many Waight Keller fans may not be surprised to see this collaboration, considering the original Mexico 66 sneakers are one of her favorite footwear. For both the French and Japanese brand, the sneakers represent a union of two widely-different cultures and shoe-manufacturing techniques, and it won’t be a surprise if the sneakers will be snapped up by both Givenchy and Onitsuka Tiger fans across the globe.